Improving the Quality of Creative Practices with Pattern Languages

In a changing society, individuals, teams, and society should keep learning and growing. However, the question is how to achieve that? In this keynote, I am introducing a method based on the utilization of pattern languages. Pattern language is the described knowledge of creative practices created by studying good practices.

We also developed a methodology for creating pattern languages and published papers on the same. Moreover, we held workshops in which participants could experience the created methodology, and several people already use it to create their pattern languages. For example, in O’Reilly’s book, which was written by Pini Reznik, Jamie Dobson, and Michelle Gienow (2019), it is mentioned that their pattern language was created on the basis of our method.

In this keynote, I will overview what is pattern language and show examples in various fields. Then, I will introduce the process of creating pattern languages and show how they can be used by anyone.

Takashi Iba is a Professor at the Faculty of Policy Management, Keio University. He received a PhD in Media and Governance from Keio University and is the president of CreativeShift Inc., a board member of The Hillside Group, and a board member of MITSUKARU+WAKARU. He is now creating and launching the following new academic areas: studies on creative practices, philosophy of creation, and future sociology. Dr Iba created numerous pattern languages related to creative human actions in collaboration with his students: learning patterns, presentation patterns, collaboration patterns, words for a journey, project design patterns, etc. He also wrote academic books in Japanese, such as Pattern Language, Creative Learning, Social Systems Theory, Generator, and Introduction to Complex Systems. 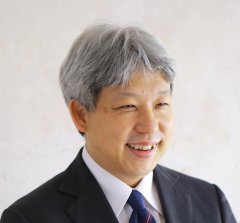