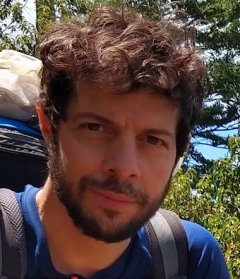 PhD student at the Faculty of Philosophy and Chief Teaching Assistant at the Department of Computer Science at the University of Buenos Aires. He is a playwright and theater director. His philosophical analysis has led him to join the practice of programming with the notion of scientific representation. Three areas of knowledge are what drive him today to conceive a new language: programming, philosophy and art.